Dominic's love affair with boats and all things to do with the river started at the tender age of 4 (back in the days of steam boats) living next to the river. After seven years as a civil engineer he joined Bray Marina in 1987 as Assistant Marina Manager and by the time he became Marina's Sales Manager, he was running the busy brokerage operation and wanted to branch out on his own. This coincided with Marina Development Ltd selling off their boat sales operation in early 1992. And so, on 1st August 1992 they opened their doors and Bray Marine Sales (now TBS Boats Bray) was born, with a listing of three boats at a total sales value of &amp;amp;pound;25,000!... his love affair with river and boats endures. Dominic loves holidays on the Thames on his Aquanaut Dutch Steel Cruiser and hopes to spend summers on her cruising the French Canals when he eventually retires.

Bruno grew up on the Thames living on his parents' boat for almost 20 years; his father, a wooden boat builder, gave him the opportunity to earn his first pocket money, working at weekends mooring boats and helping with general boat repairs. He found that everything to do with boats was definitely in his blood and he decided to start his career at Thames Ditton Marina initially in the chandlery and maintenance and latterly moving into sales. Working his way up over the years to become a Yacht Broker for Boat Showrooms at Shepperton; exhibiting at Southampton and London Boat Shows gave Bruno the chance to become more hands on with demonstrating boats not only on the Thames but also on the South Coast.

Kara is the newest member of the TBS Bray team. Her background is in digital agencies, having worked primarily as a project manager for many years in London. After having children, she decided to move west along The Thames for a slower pace of life. She has a love for the outdoors and spends summers either walking along the river, or kayaking and boating on it with family and friends. Kara brings her knowledge and skills to the administration and marketing side of TBS and looks forward to the summer when she doesn't have to wear her coat in the office.

Simon has worked in the marine industry for 30 years for companies such as Bridge Boats, Caversham Boat Services and most recently as a skipper for Thames Rivercruise near Reading, driving their flagship the Caversham Princess a 75ft passenger boat. He joined TBS Boats Bray in 2006. Simon and his family can be found on days off cruising the upper Thames on their much loved and cared for Fairline Mirage

Tony first got into boats after his father bought a small speed boat when he was a child. He now lives on a boat and also has a small race boat that he uses in the OCRDA series. He has raced across the Atlantic four times in sailing boats and spent a couple of years working on super yachts around Antibes. It's safe to say he is boat mad! He joined TBS Boats Bray in 2018 and is responsible for boat maintenance.

Started boating at the age of 4 with family, cruised most of Europe. After leaving school at 18, Chris worked in a hotel until starting as a trainee broker on the River Medway. Leaving 4 years later as Marina Manager, Chris joined a large marina on the Thames as Sales Manager for 4 years until he joined forces with Dominic Smulders (see above) and formed Penton Hook Marine Sales (now TBS Boats Penton Hook) in 1998. They sold their 1,000th boat at the end of 2005. A qualified Yachtmaster offshore, I conduct all the handovers at sea.

Darren has been boating from early age. Starting his working career at the age of 16 in a chandlery, he soon realised he loved the boat industry and moved into boat sales as assistant in 1996, joining TBS Boats Penton Hook in 2000. Darren specialises in the sale of our brokerage boats with a wealth of experience in the sports boat market. Darren likes to kayak down the Thames or cycle riverside so if you hear a friendly hello, you'll know who it is!!

Russell started boating at the age of 11, spending time with friends on the Thames at Teddington. After attending college studying for an engineering diploma, he got his first job working at the local chandlery where his duties also included boat and engine repairs and looking after the marina. In 2001 he started his first job selling boats on the Thames first selling brokerage and then moving in to new boat sales as well. During his time selling boats he specialised in Dutch steel and trawler yachts before moving on to sports cruisers. He has owned a Freeman 24 that he spent many years bringing back to its former glory.

Tim's connection to the water started many years ago with sailing and kayaking at Thames Young Mariners in Ham. He has enjoyed boating around the coast of Cornwall and in the Solent but is always drawn back to the wonderful Thames and the huge amount it has to offer. He owns his own classic Dutch Steel day boat and uses her regularly regardless of the weather! After a decade working in the motor industry selling cars, Tim decided a change of scenery was in order so he can deal with what he enjoys on a daily basis and get paid for it.

After spending many years in the engineering industry as a CAD draughtsperson, Sue is now enjoying the much more pleasant environment in the marina. Joining TBS Boats Penton Hook in 2009 Sue sorts out all the administration and running of the office and keeps the rest of the team in order. In the 1980s and 90s Sue spent most of her weekends and holidays sailing around the Solent and across channel even participating in several Round The Island Races.

Becky has grown up with boats and has had several holidays on the Thames as well as a Flotilla Holiday around the Greek Islands. The whole of Becky's family are involved in the marine business and she has therefore decided to follow in their footsteps and joined TBS Penton in 2017. Becky can be found in the office ensuring the smooth running of the administration.

Spending summers in Ireland, Chris would devote as much time as possible to sea fishing on his father's boat in Cork Harbour which is where his love of the sea began. In 2011 Chris left for Australia with travel in mind but was offered a job at a boat yard in Sydney Harbour where he spent the next 6 years. Chris worked his way up to yard manager and was privileged to work alongside "Wild Oats" and some of the most prestigious yacht racing teams from around the globe. Questioning to some, he left Australia and headed to the Mediterranean where he spent a season on-board a 40m super yacht as a bosun. Now having returned to the UK he joins Alex down on the river Hamble.

Chris started boating at an early age on the River Thames near Henley. After university and completing the ARC sailing race to the Caribbean , he joined a boat sales company on the Thames as a yacht broker. In 2008, he formed his own company specialising in yacht delivery, training and guardinage; this job took him all over the world working on vessels up to 30m. As a commercially endorsed Yachtmaster, he runs the After Sales department undertaking warranty works, deliveries and handovers of new and used vessels. 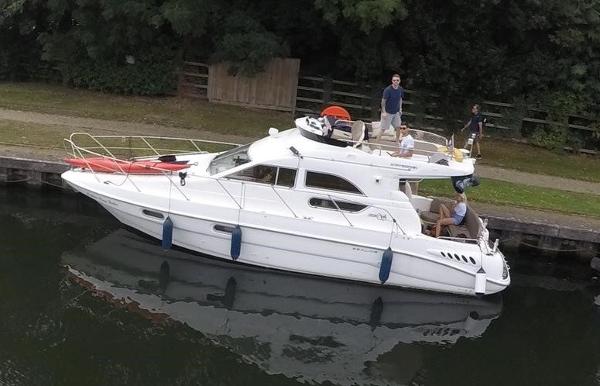 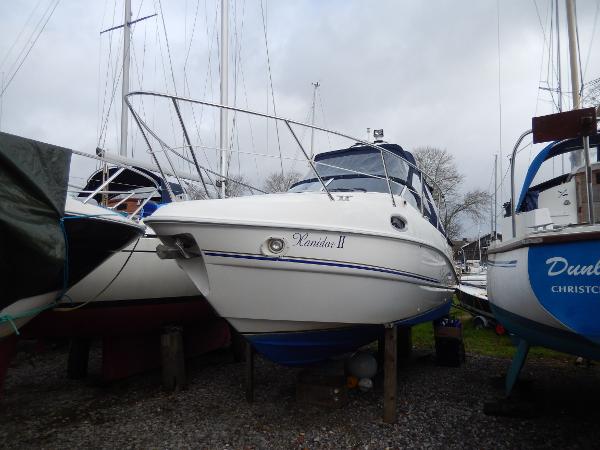 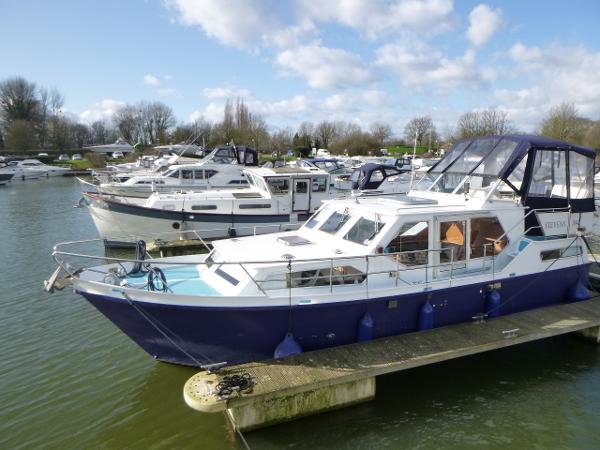 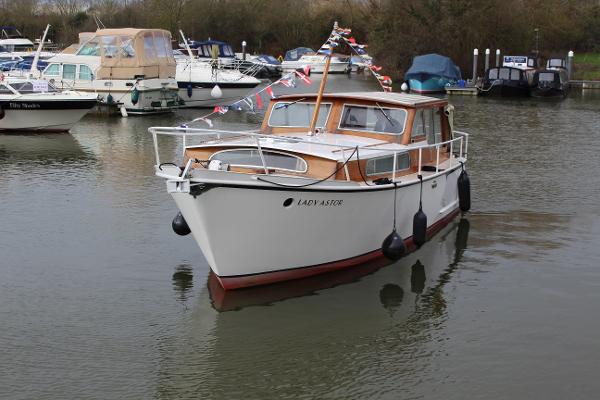 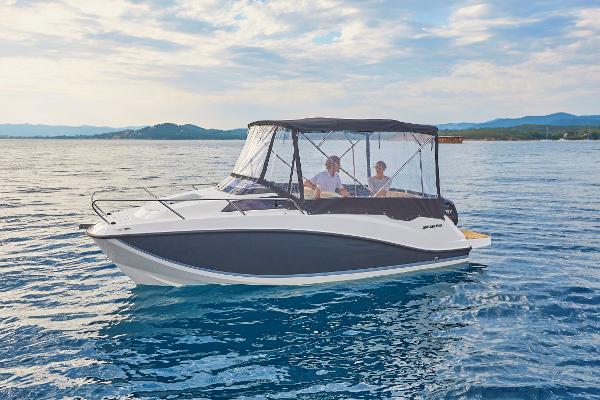 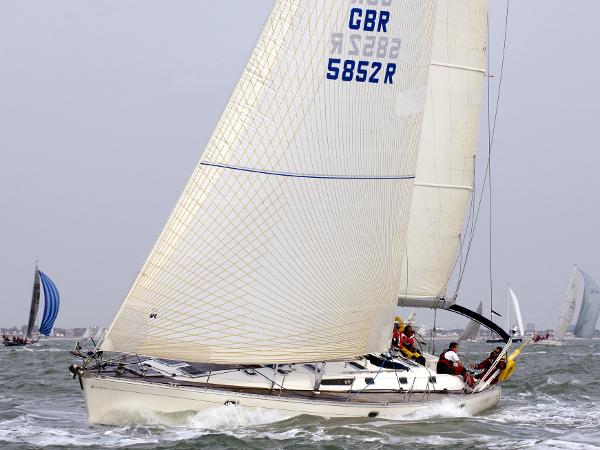 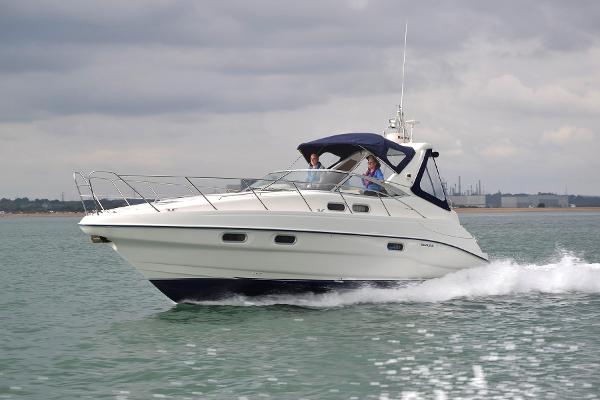 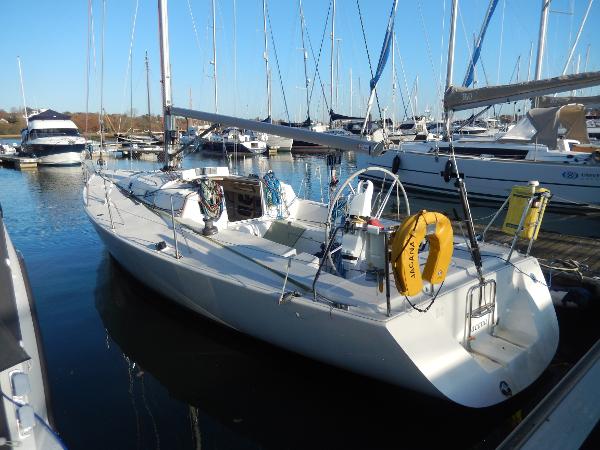